Brief review of the 6V 1000 RPM gearmotor from ebay 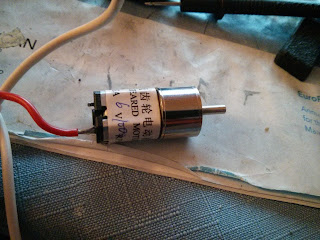 This is an attempt to find a less expensive replacement for the pricey but effective FingerTech Silver Sparks for use in beetleweight (3 lb) combat robots. Note, Gold Sparks are so bad they really shouldn't be sold as robot gearboxes. A gearbox that strips under the load of driving straight is a little ridiculous.

Max speed: 2400 RPM
No load current: 90 mA
Stall current: 1.7 A
Torque: unsuitable for a 3 lb robot, unless you use many motors or small wheels

Comparing with a Silver Spark under the same conditions:

The torque on the chinamotor was significantly less, but expected, given its higher speed, smaller size, and lower current. 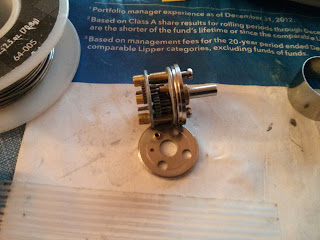 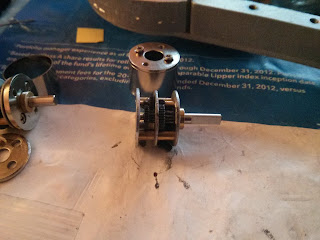 The silver spark gearbox disassembled. It seems like it has an extra stage. 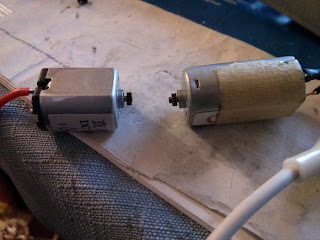 The motor gears have the same size and pitch. 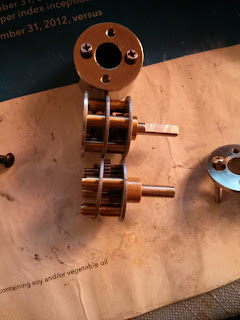 And the gearboxes are pretty similar. The chinamotor gearbox isn't crimped together, so it likes to come apart, and it has a longer bushing.

What about a gearbox swap? 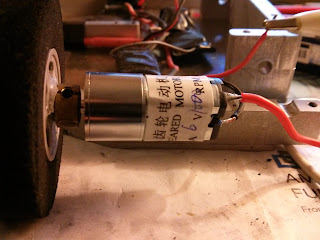 It produces what feels like enough torque for a two motor beetleweight and tops out around 1200 RPM, similar to the Silver Spark. The downside is that due to a smaller size, it heats up much faster, so proper driving to avoid stalling is important. Seems like I should get the 500 RPM variant instead.