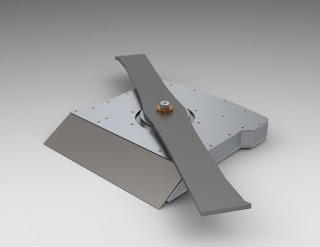 Final Exam is a three pound combat robot. Designed to be flat and have an enormous range. In actuality it has a knack for flipping itself over like the saddest turtle.

When it is able spin up its oversized blade and hit the enemy before flipping itself over from the spinning blade's instability, it can do quite a bit of damage.

Sometimes it had a hat on to keep it from getting stuck upside down. 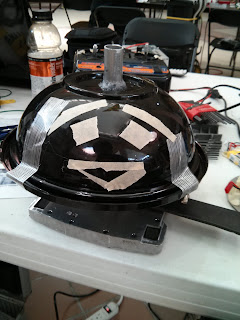 Post battle image. This robot is resilient, despite its flaws. 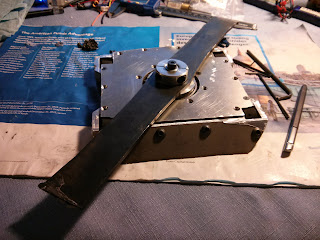