LightDial is a Bulbdial cousin, with a major difference being backlit instead of frontlit.

Basically an artificial sundial, LEDs mounted in a ring around a post (called gnomon) shine on the post, casting a shadow. The shadow is on the back of a frosted acrylic clock face, allowing the light to shine through to the viewer. The shadows form the hands of the clock. 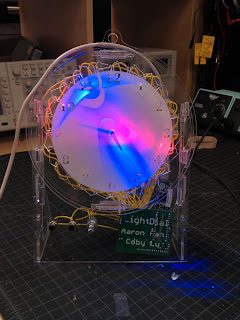 This was a class project. The assignment was to use an SPI part with the PIC Microstick and PIC24H microcontroller. So we used two 24 channel LED drivers, the TLC5951 from Texas Instruments.

The clock worked well, though ambient lighting and low brightness in the blue lights made the hands difficult to see at times.

Time is set by holding down a button and turning an RPG on the front of the clock. 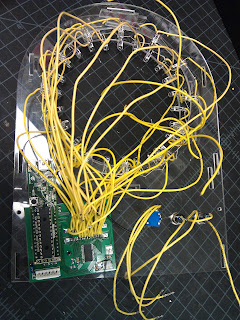 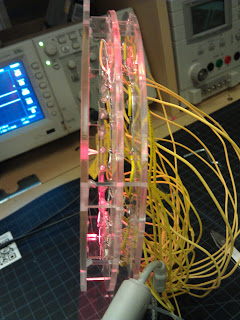 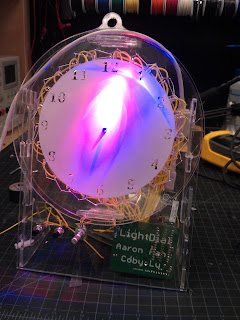 View all posts about the LightDial