HAM: The start of the HAM series of joke robots

At Dragoncon 2013, prior to robot battles, I had some spare time and spare parts. This, plus discovering the new hot wire foam cutter the Invention Studio had just acquired, led to a joke robot, also known as an "assbot", as they are not half-assed, but complete and full of ass.

Assbots have a few rules. They must not be planned ahead of time (Agent Colson is not an assbot), made as soon before the competition as possible (the pressure inspires the creative juices) and use as few fasteners as possible, to allow for creative design.

This assbot is called HAM, a beetleweight. It is the first of its series, a whole lineage of HAM related assbots. Unfortunately pictures of HAM are few.
HAM is made mostly of foam and googly eyes. It used a pair of cheap eBay motors running on 2S (8.4V) and Vex Motor Controllers 29s. With a very narrow wheelbase, large wheels, and fast motors, it was incredibly difficult to drive straight and turn in a controlled manner. A hunk of 1/4" titanium was strapped to the top of the robot like a mohawk. It consisted of at least 1/3 of the total weight of the robot. 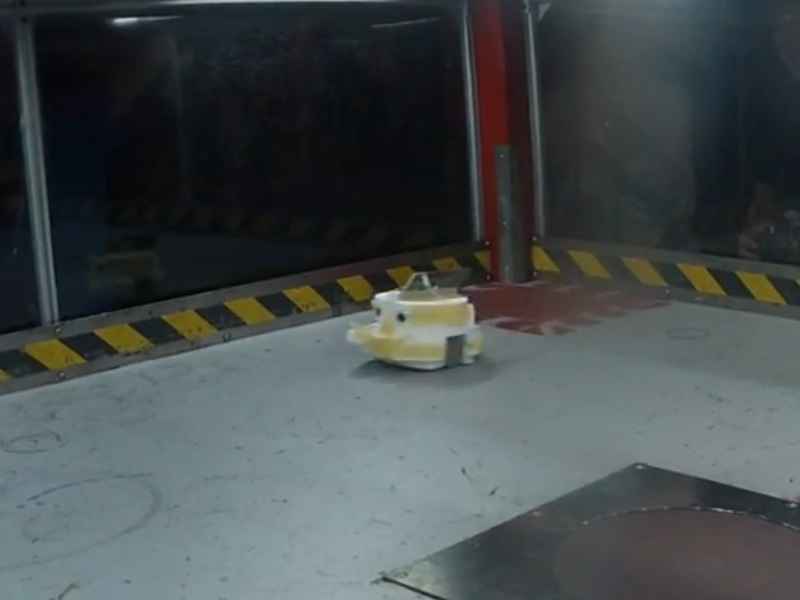 The wheels were waterjet and glued directly onto the motor output shafts with Loctite. O-rings were hot-glued onto the rims for traction. 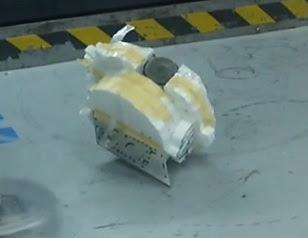 On the back of the robot HAM was extruded from more foam. 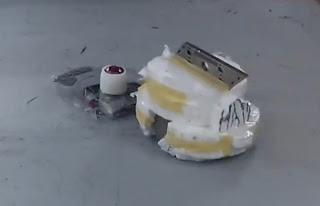 The only method of attack that HAM had was to push. Since neither are the motors torquey nor the wheels grippy, HAM wasn't that good at pushing. 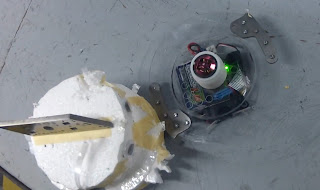 However, if it could remain right-side-up, HAM could take hits, and won by not breaking itself.
Videos of HAM's matches: